Emergency Declaration, a South Korean disaster action movie directed by Han Jae-rim. The movie 1st screened at the 74th Cannes Film Festival on July 16, 2021 and will release in South Korea on August 3, 2022 (141-min). 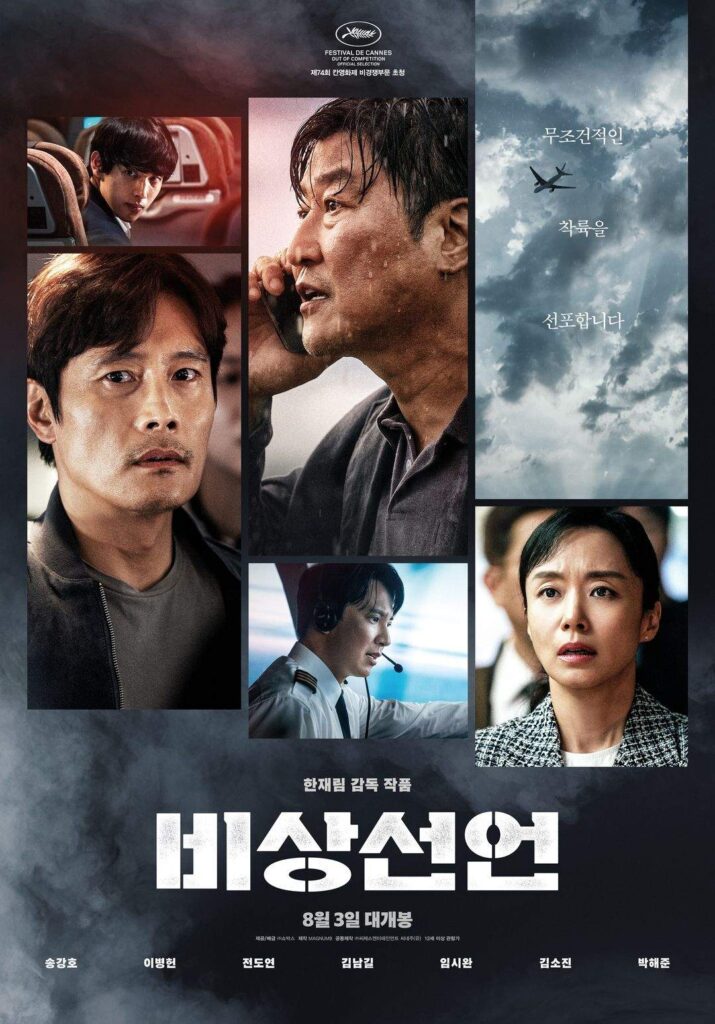 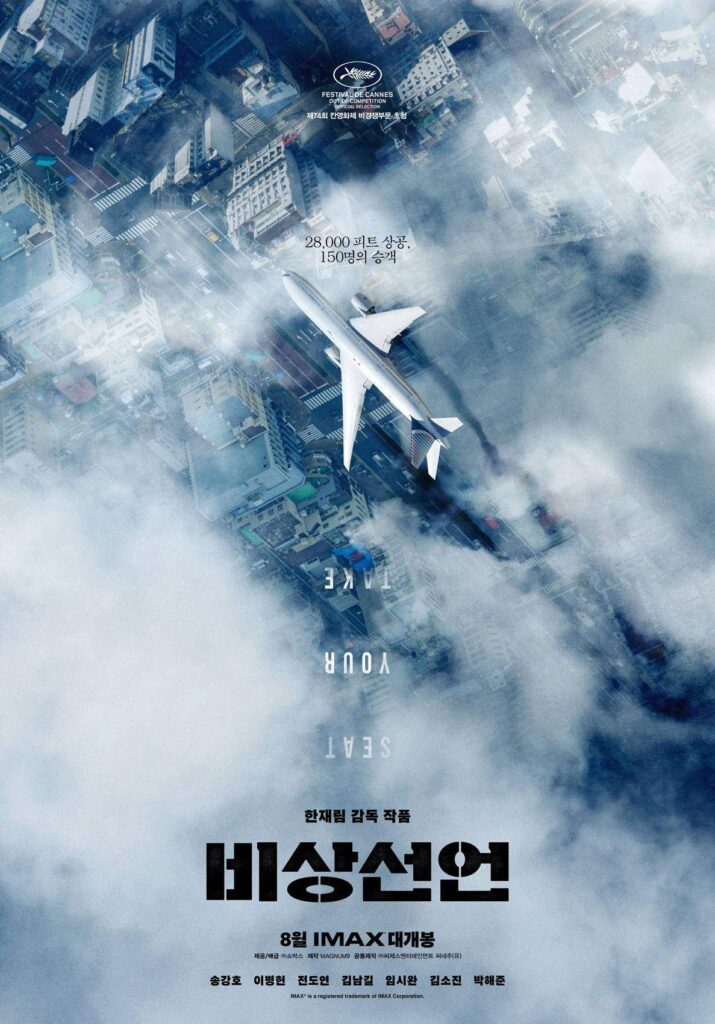 An aircraft is forced to declare an emergency when an unprecedented terror occurs inflight.

Veteran chief police detective In-ho (Song Kang-ho) receives a tip about a man threatening a terrorist attack against a plane. While investigating, he discovers that the suspect has actually boarded flight no. KI501.

Despite his phobia of flying, Jae-hyeok (Lee Byung-hun) decides to go to Hawaii for the sake for his daughter’s health.

At the airport, he is distracted by a strange man who hangs around, speaking to them in a menacing way. Flight no. KI501 departs Incheon Airport for Hawaii, but soon afterwards a man dies for mysterious reasons. Fear and chaos spread quickly, not only inside the plane, but also on land. Hearing this news, Transport Minister Sook-hee (Jeon Do-yeon) sets up a counterterrorism task force and calls an emergency meeting in order to find a way to land the airplane. 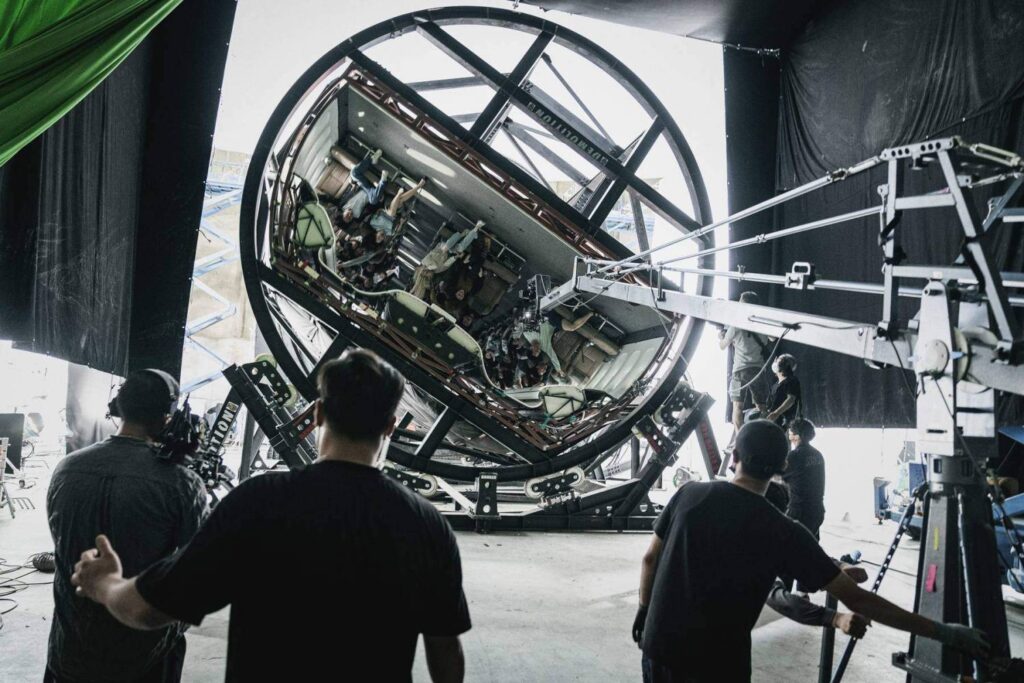 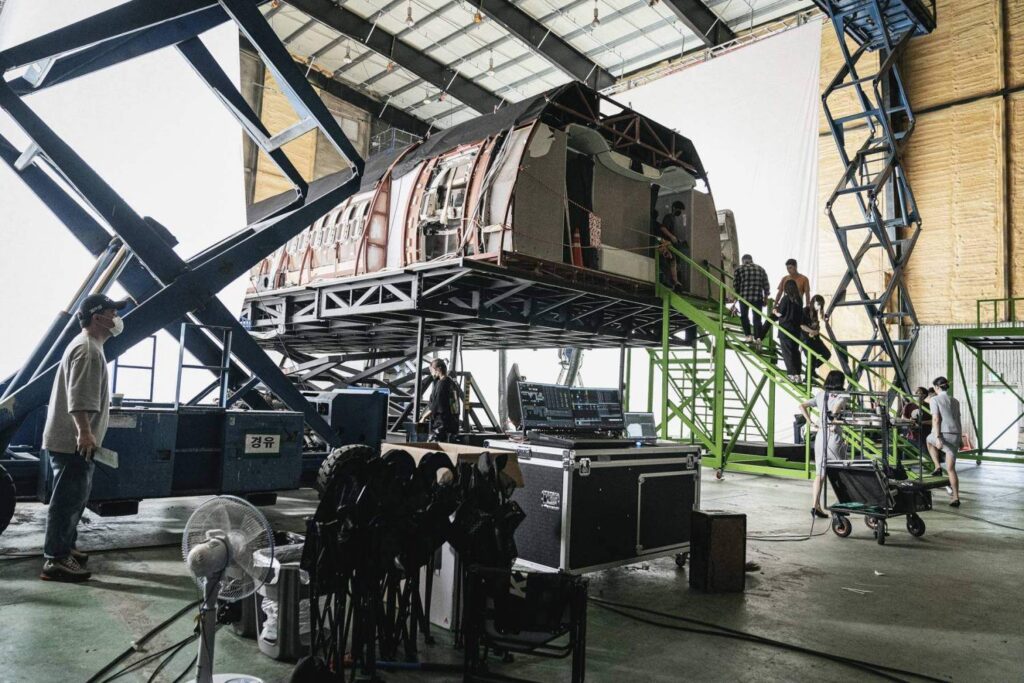 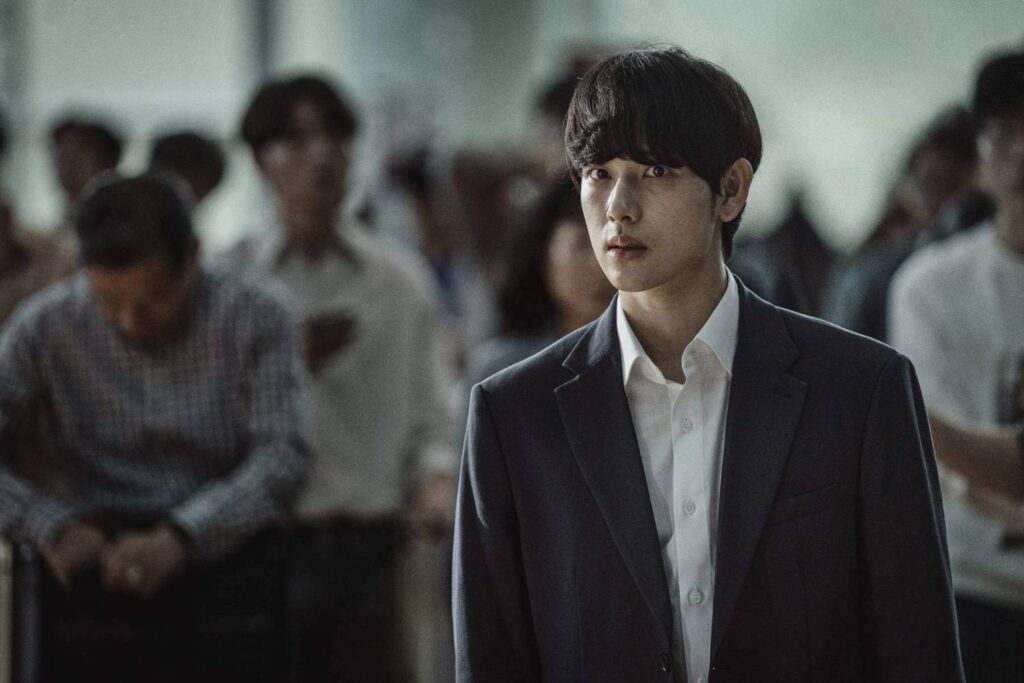 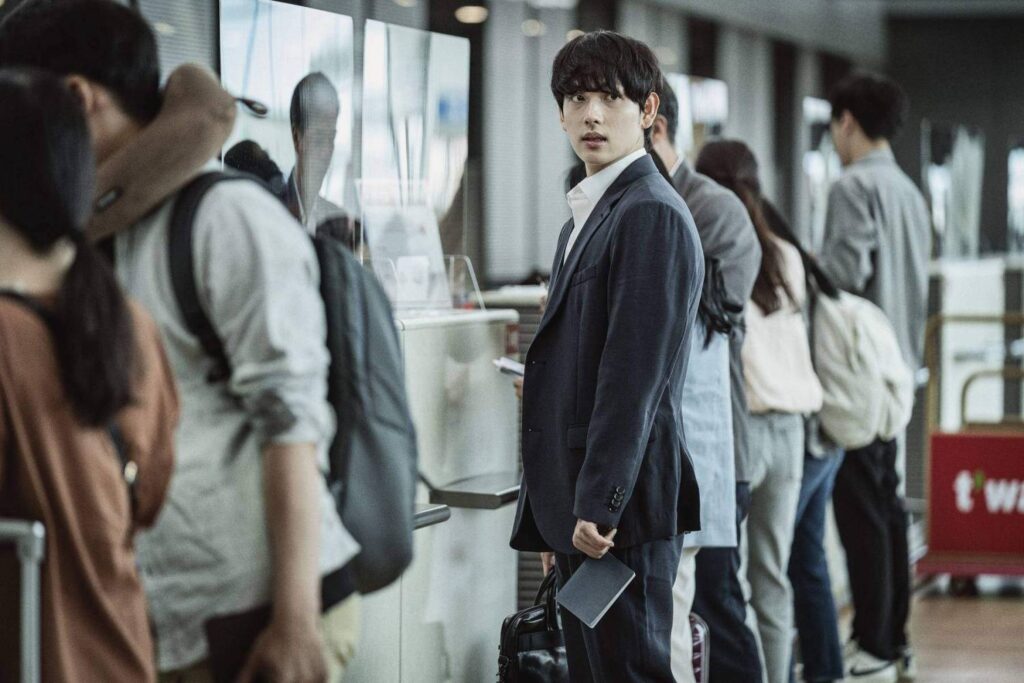 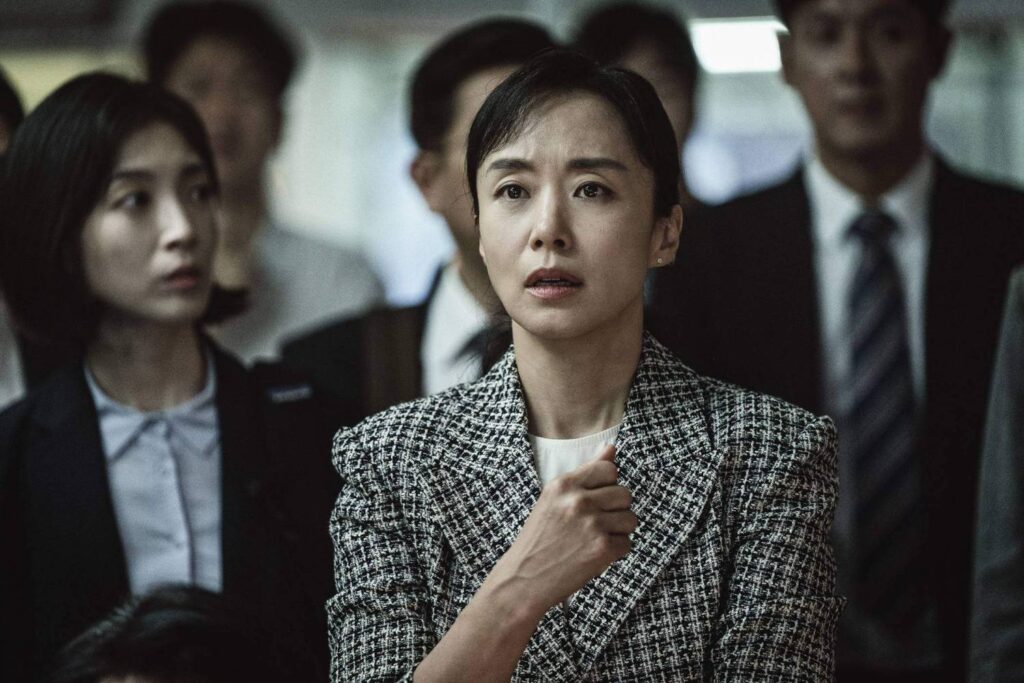 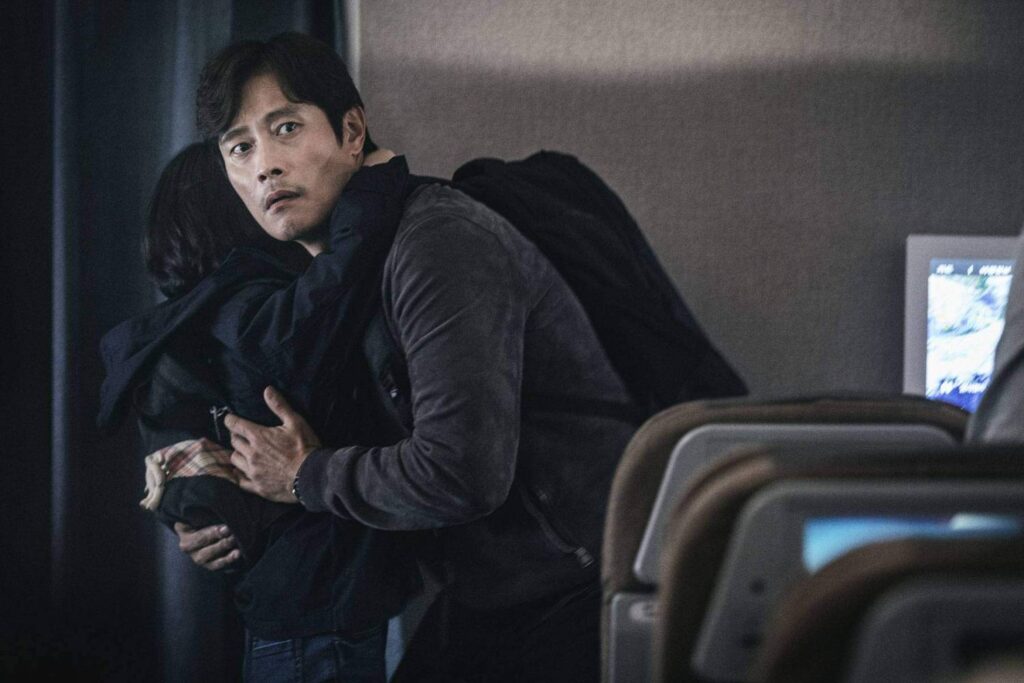 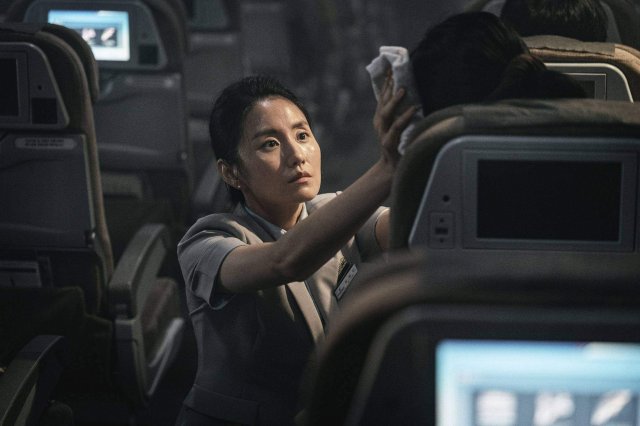 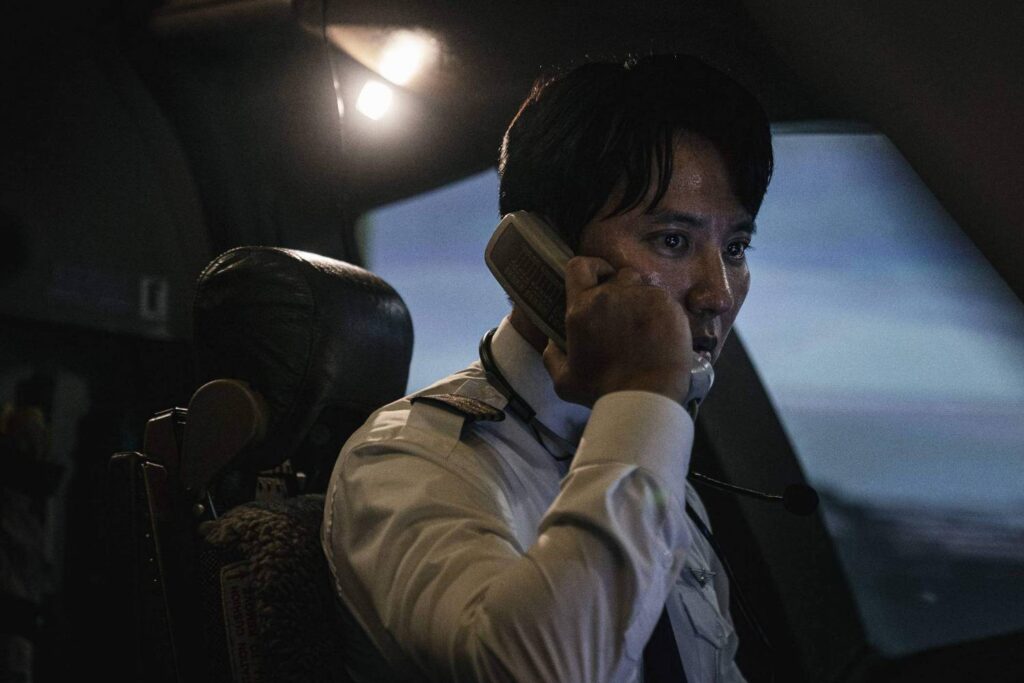 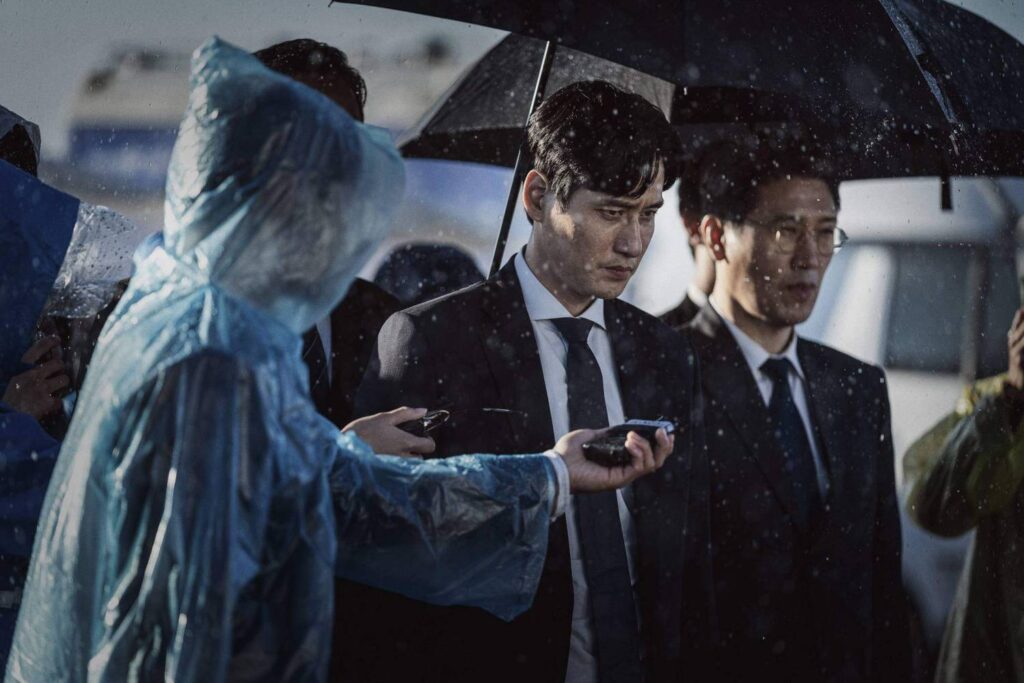 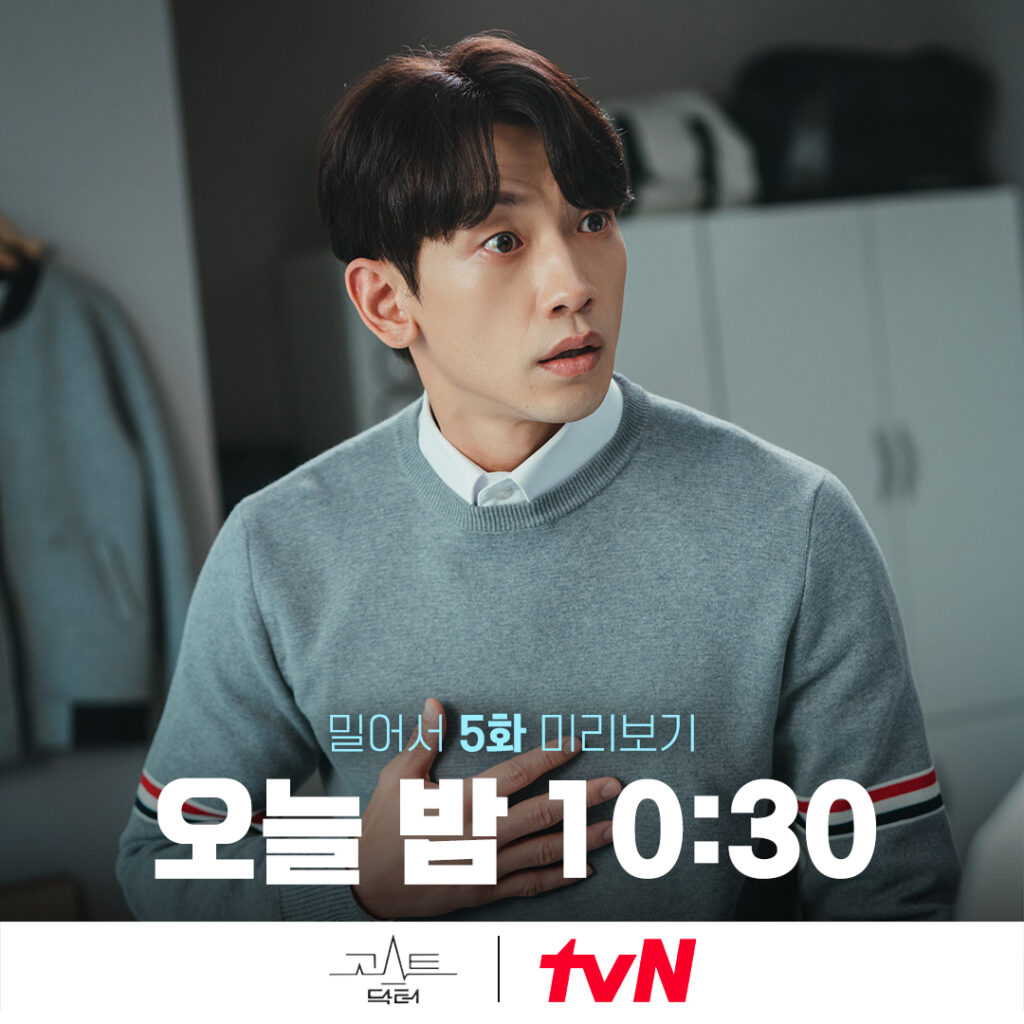 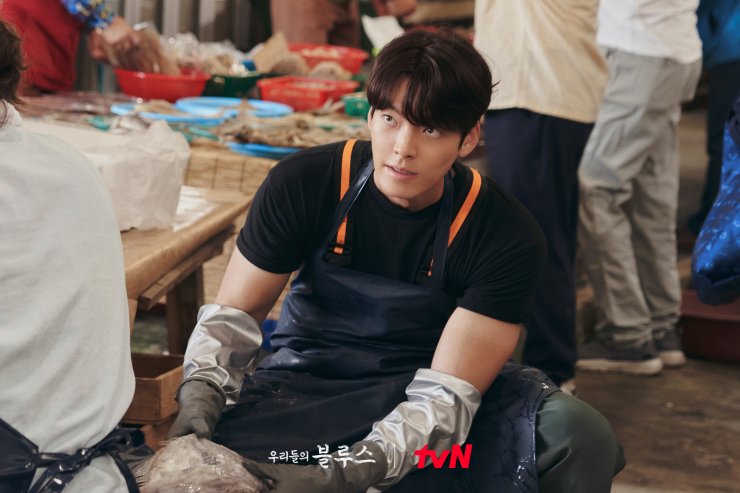 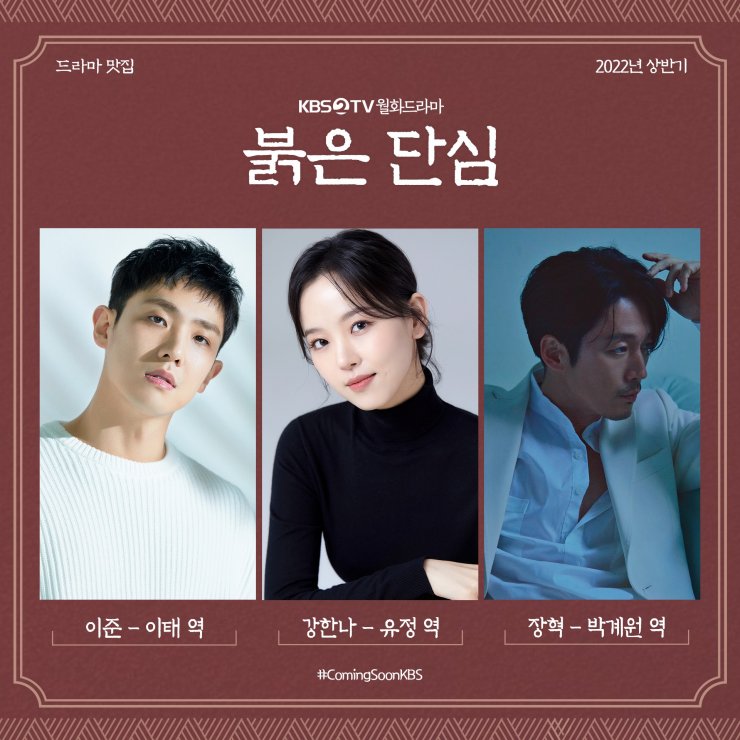